The book opens and pulls absolutely no punches: we immediately meet the Green Goblin, who clearly has some heinous ideas tucked up his sleeve. But first, he’ll need to lure Spidey out into the open. It isn’t a tough feat.

END_OF_DOCUMENT_TOKEN_TO_BE_REPLACED

Everyone wants a piece of Spider-Man. He’s a skinny little fellow with a big mouth and an absurd ability to make foes four times his size look like bumbling fools. He’s basically every high school nerd’s dream come true, on paper. That may in fact be a huge part of the appeal of the Spider. Everyone who’s ever been picked on by a much bigger, aggressive jock bully, has had a desire to mop the floor with that bully. Spider-Man makes that happen, just about every time he’s forced to tangle with a bad guy, and he’s done so to men as mean as the following… 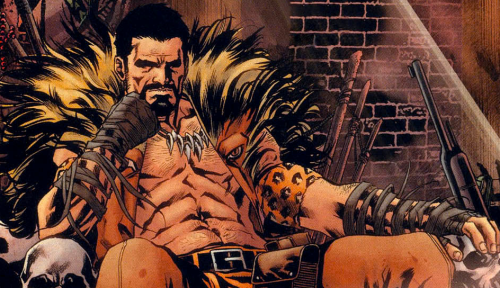 As far back as I can remember, Kraven never had a very valid reason to beef with Puny Peter Parker. As I recall, the encounters of this nature generally stem from Kraven’s desire to overcome his most formidable prey. In other words, it’s just a form of competition for the infamous big game hunter. But as history has shown us, the Spider tends to out-duel the hulking and crafty Kraven. 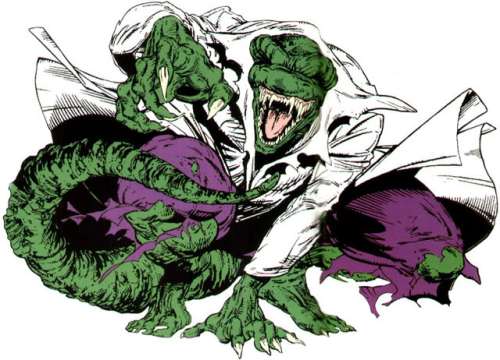 Doctor Conners was once a decent guy. Then he had a big brain fart in his laboratory and injected himself with that bad-news-all-over-it lizard serum. The result? A massive, agile lizard capable of basically controlling all different sorts of reptiles and bashing skulls with that tremendous tail of his. Naturally, the Lizard stands out a bit, and that means many a collision with Spider-Man is guaranteed business.

Electro is just a disgruntled dude, and who can blame the guy? He was just a hard-working guy who happened to have a terrible injury on the job. This, naturally made Maxwell Dillon eager to throw a few lightning bolts and let off some steam (Bennett… sorry, it was too easy), and well… Spider-Man can’t let that insanity happen in such a booming metropolis. Hence the many battles these two have had. Electro has some very dangerous abilities, but he comes up just a bit short in the brains department, which has enabled the Spider to get the upper hand time and again. 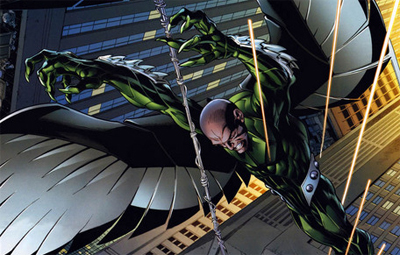 Adrian Toomes has always been one of Spider-Man’s most compelling and interesting villains. The man has true brainpower on his side, being am inventor with ingenuity in his blood he’s always seemed to have the potential to defeat Spider-Man. All that said, while Vulture may have the creativity to come up big in a showdown with the wall-crawler, he lacks the heart and seems to fold when things don’t go his way. Never a good thing when you’re fighting a youngster with a heart as big as Texas.

Cletus Kasady ran into a symbiote that changed existence as he knew it. It also connected him to Venom forever. But Carnage didn’t exactly live in Venom’s shadow. No. This nasty wreaks his own havoc where he can when he can. While Carnage may be considered the “spawn of Venom,” he can actually do a few things that Venom can’t, like form his black and bloody gooeyness into sharp or serrated blades. We’re talking about a whole new challenge for Parker. But, as is the case with Venom, Kasady doesn’t always know when to quit while ahead. Spidey’s just too smart for this kind of villain.

Flint Marko rocks. Not because he’s a great guy or anything, but because he was shapeshifting and manipulating the elements in unique ways longer than just about every nemesis on this list. The first time we see that sand mold itself into a giant hand, and the Sandman bellows “Okay Spider-Man! Now it’s just you ‘n me! Once I finish you off, nobody’ll be able to stop me,” we know that this is a foe who can create very interesting problems for the Web Head. I’m still aching to see an outstanding filmmaker bring the Sandman to the big screen in a way that does him true justice (sorry, Raimi, there was quite a bit left to be desired by Spider-Man 3).

Venom was the first major villain born into the Marvel universe during my time. I missed the introduction of other greats included in this lineup, but I was here and collecting in 1988, when this uber intimidating alien symbiote with the power to completely brainwash its host while bulking up to epic proportions was introduced by David Michelinie and Todd McFarlane. Although we didn’t see much of the true Venom in The Amazing Spider-Man #299, he does have one of the most memorable cameos in history. It’s hard to shake that image of Venom in the shadows, his grin stretching to grotesque dimensions as he welcomes Mary Jane home, “Hi, Honey…” That sums up the creepiness and control of Venom, perfectly.

Another one of Spider-Man’s oldest rivals, Doctor Otto Octavius scared the urine out of me as a child. I can’t recall which issue of Amazing Spider-Man I was reading, but I remember I hadn’t been reading long when my parents picked up a random issue. That issue featured Ock and boy did that haunt my dreams for a while. The thing is, Dock Ock is still frightening. He’s edgier in his more recent appearances and Alfred Molina did the character beautiful justice in Sam Raimi’s second franchise film. This is a multi-layered character that has been as savage as imaginable and as sympathetic as a child who’s lost his way home. Amazing villain, and no doubt one of the finest antagonists ever created in the comic world. 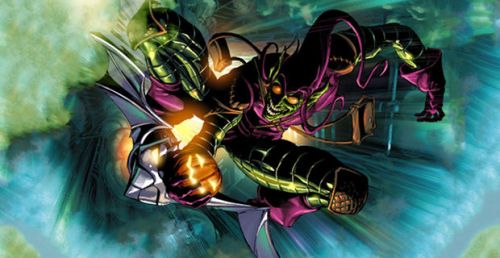 If Spider-Man has a legitimate arch nemesis, it’s Green Goblin. This guy framed Parker for murder. This guy tortured Spidey in a bid to turn him to the dark side. He worked up an elaborate clone saga. This guy just about completely ruined Parker’s life when he played a very direct role in the death of one of Peter Parker’s first true loves, Gwen Stacy. Parker has taken a lot of “Ls” at the hands of the Green Goblin, and if anyone had the resolve and grit to kill the iconic character, it would no doubt be the green one. Where the future will take us – with any rendition of Green Goblin – remains to be seen, but you’ve got to expect the Green Goblin to cause more turmoil down the line, one way or another. 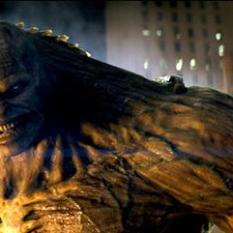 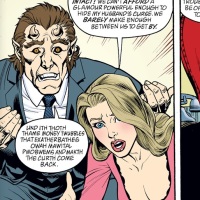